But while the royals are yet to publicly share the photos that will feature on their cards this year, Prince William and Kate Middleton's portrait has been leaked giving us a sneak peek at the beautiful family of five.

The picture - which shows the Duke and Duchess of Cambridge along with their three children Prince George, seven, Princess Charlotte, five, and Prince Louis, two, sitting on haystacks in front of firewood – was shared on social media.

While the whole Cambridge family are beaming the shot, it is little Louis who steals the show in the leaked festive card. 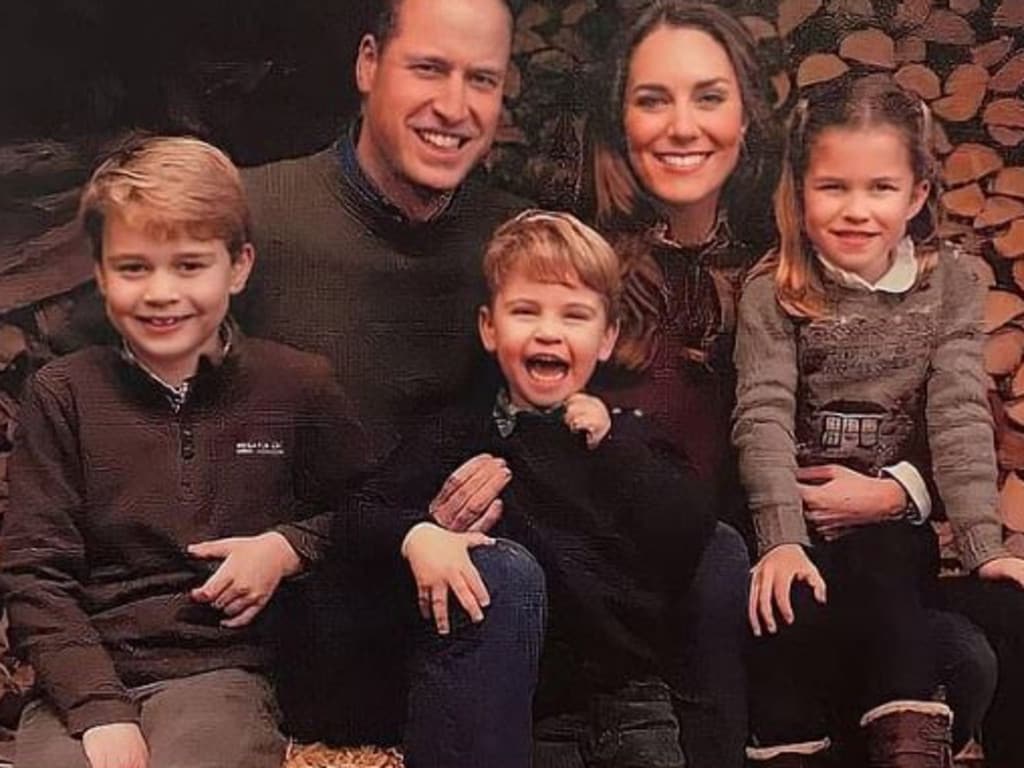 Their youngest child can be seen laughing happily as he is cuddled by his devoted parents.

Meanwhile, Charlotte is sitting on her mum's knee, with George perched next to William.

The printed message in the card - sent to friends, charities and organisations associated with the Cambridges - reads "Wishing you a very Happy Christmas and New Year".

Inside, there is a handwritten note from William, addressed "to all the amazing NHS staff."

He writes: "We can never thank you again for all the dedication and sacrifice you have had to make this year. We will be forever grateful."

The card is signed by William and Catherine.

It's not known where the shot was taken but the Cambridges have spent most of the lockdown at their Anmer Hall residence in Norfolk.