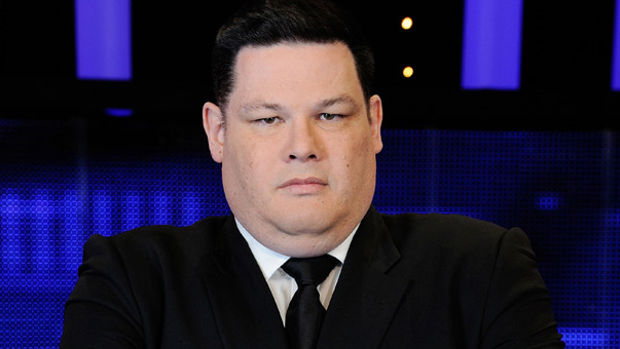 We've known him as 'The Beast' for as long as he's been famous, but Mark Labbett isn't looking very beast-like anymore after he dropped an impressive 60kg.

Now the 56-year-old - who stands very tall at 6’ 7” - has revealed the secret behind his weight loss ... and the answer is simpler than you think.

The Chase star has his golden retriever to thank for his body transformation, even branding him his "personal trainer."

Speaking on The Pet Show in the UK, the chaser gushed about his furry friend, Baloo, explaining how he helped him to fall into a regular habit of exercising.

"My wife promised me that when we first got him she would take care of everything – feeding him, walking him and so on," he explained.

"That lasted about two weeks before she decided 'Actually Mark, look at your belly – you need the exercise!'"

Labbett said, "I was walking him around the fields, taking me places … I think he's helped a lot, simply because I'm doing more activity."

The quizmaster has previously spoken about the weight loss that took him from a size 5XL to XL.

"I am gradually dropping Xs off my size. I've gone from 5XL to 4XL and it looks like the next time I go shopping I'll be able to squeeze into XL underpants."

He now weighs less than 120kg and hopes to lose even more following his diabetes diagnosis at the end of 2017.

The father-of-one previously opened up about how his diagnosis of type 2 diabetes was the driving force behind his dramatic weight loss.

Mark before his weight loss.

"It was the diabetes. My colleague Paul Sinha also got the diagnosis and he rapidly lost two stone and he went from being diabetic to pre or non-diabetic," Mark said.

Mark also revealed that there is another heartwarming reason behind it, his son: "I want to be around long enough to see the little man get the university degree."