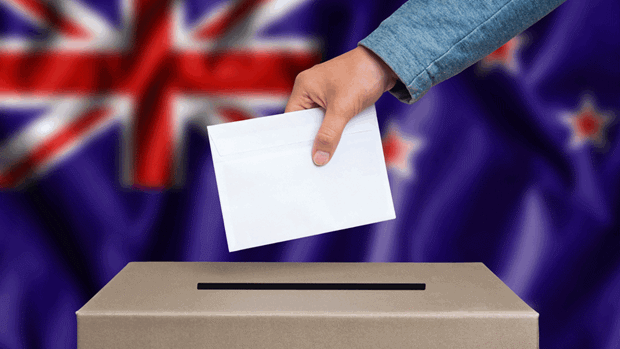 Prime Minister Jacinda Ardern has announced a change in this years election date.

The original date of 19th September and has now been shifted by 4 weeks, to Saturday 17th October.

Under normal circumstances, the election date rests solely on the Prime Minister but Ardern said moving the election was a significant decision so she consulted other political leaders.

She considered complete consensus was unlikely - but all agreed on certainty.

While the Electoral Commission said voting could safely happen under alert level 2, Ardern said she also had to factor in participation of voters, fairness and certainty.

Under normal circumstances, the election date rests solely on the Prime Minister but Ardern said moving the election was a significant decision so consulted other political leaders.

Complete consensus was unlikely - but all agreed on certainty.

She considered retaining the current date, moving it until October 17 and November 21.

The election is on October 17.

A Herald-Kantar poll this morning revealed 60 per cent of New Zealanders did not think the election should still be held on September 19 - but opinions differed greatly between Auckland and the rest of New Zealand.

Ardern consulted the leaders of all parties in Parliament on the issue at the weekend.

National, Act and NZ First all called on her to delay it, saying the September date made it
difficult for political parties to campaign, and that voters would be wary of voting.

If Ardern goes ahead with the date and the dissolution of Parliament takes place, it will be up to the Electoral Commission to decide on a week-by-week basis whether it is possible to hold an election.

The Electoral Commission - an independent body - has made plans for voting to happen safely under alert level 2, meaning there's nothing stopping the election going ahead if Auckland's lockdown is lifted on August 26 as planned.

Ardern's office said "a range of views have been expressed that the Prime Minister has taken on board" and that before announcing her decision she would review the most up-to-date health information.

Yesterday, there were 12 new cases in the community and one in managed isolation. All of the 49 active community cases could either be definitively traced to the Auckland cluster or were under investigation but considered likely to be connected.

Three people were being treated in hospital.