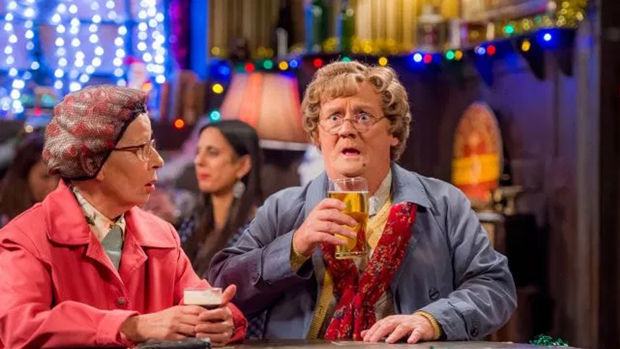 The third series of Ireland's Dancing With The Stars is fast approaching, and all the stars are slowly being announced.

Alongside the usual sports stars and celebrities, one name has stood out.

Does the name Elish O'Caroll ring a bell? If it does it's because Elish is both Brendan O'Carroll's sister and Winnie Coogan on Mrs Brown's Boys!

A source close to the show has revealed that Elish was approached to appear in the show last season, but couldn't because of other commitments.

"Dancing With The Stars producers asked Eilish to be in season two but she had to turn them down because she was touring Australia last January with Mrs Brown," they told The Sun.

Apparently, Eilish can't wait for the show to start, despite the fact that she isn't the world's best dancer.

"Eilish has never danced professionally but she does enjoy dancing and can certainly look the part."

RTÉ's Dancing With The Stars will start to screen in early 2019.