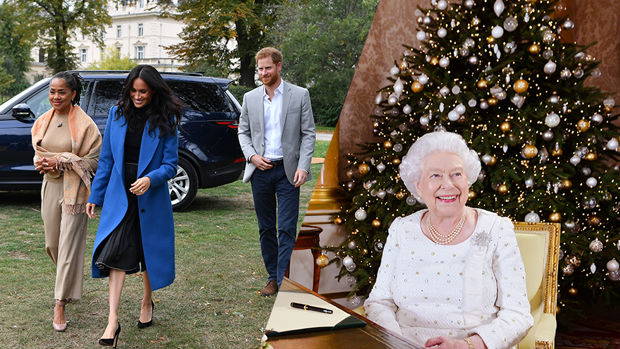 Spending Christmas with your in-laws is a stressful enough experience if they aren't royals, but when they are we can imagine it doesn't get any easier.

While Meghan spent Christmas last year with the royals, this year will be Doria's first and it turns out that she's going to have to take part in one of their weirdest traditions.

Getting weighed before and after the Christmas meal is a tradition that dates back to King Edward VII's reign and it's still going strong.

While Edward's reasoning made sense at the time, surely the royals can do away with it now that we're in the 21st century...

Everyone was weighed before and after the meal to make sure that they were in good health and were eating enough during the winter.

Edward was very concerned about the state of his people during this period, so it was a sweet gesture.

But considering that the royals partake in three massive meals during the course of the day, this now seems highly unnecessary.

Apparently the royals choose to continue this tradition, so no one has any idea as to when it going to stop.