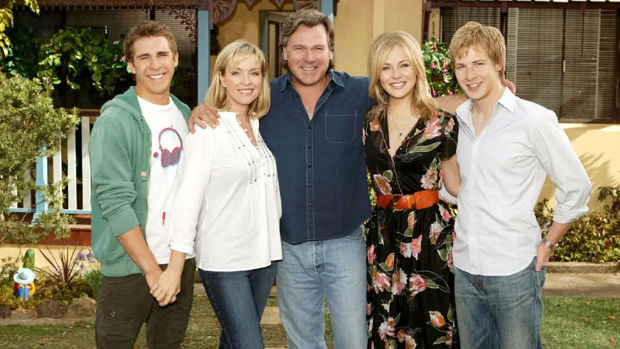 It's the news we've all been waiting for ...

If you're anything like us, from 2008 to 2013 you would've been glued to your TV screens watching Packed to the Rafters.

Last year, fans were delighted with the announcement a reboot was in the making after streaming service Amazon Prime confirmed it was rejigging the beloved show.

And now we officially have a release date!

Overnight, Amazon Prime Video announced the new series will be premiering on September 17, also sharing an exclusive clip of the cast on Instagram for fans.

Much of the original cast from the hit Channel Seven show has returned for the series, Back to the Rafters, including Hugh Sheridan, Rebecca Gibney, Erik Thomson, Angus McLaren, Michael Caton and George Houvardas.

Aptly titled, Back to the Rafters picks up six years after the season six finale.

According to the synopsis: "Dave and Julie have created a new life in the country with youngest daughter Ruby, while the older Rafter children face new challenges and Grandpa Ted struggles to find his place. As Dave enjoys his new-found freedom, Julie must reconcile her responsibilities to the family."

We can't wait for the revival to hit our screens!