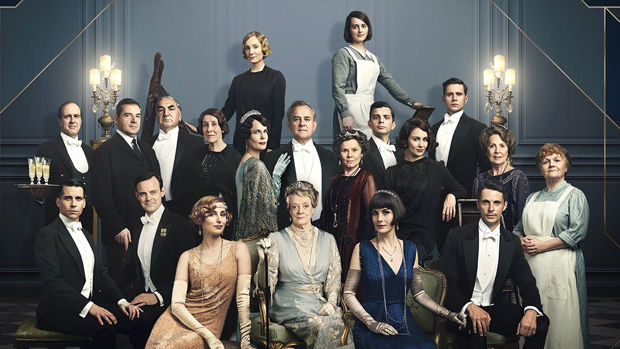 It has been two years since fans were treated to the return of the beloved period drama Downton Abbey in feature-length form - and the official word around the manor is the film's sequel has an official title!

When the long-running series left our screens in 2016, fans of Downton Abbey were delighted to see all of our favourites characters from the original TV show, including Robert Crawley (Hugh Bonneville), Violet Crawley (Maggie Smith), Mary Crawley (Michelle Dockery), Anna Bates (Joanne Froggatt) and Cora Crawley (Elizabeth McGovern), returned to the big screen.

And now it has been announced fans will be reunited with the much-loved characters in the sequel Downton Abbey: A New Era.

The film's title was unveiled at the Las Vegas CinemaCon last week, along with an exclusive clip from the movie, which features the aristocratic Crawley family preparing for a trip through Europe.

A new era begins. The entire Downton cast is back for #DowntonAbbey: A New Era, with Hugh Dancy, Laura Haddock, Nathalie Baye and Dominic West joining. See the film only in theaters March 18, 2022. pic.twitter.com/7w42WOMTl0

According to viewers, A New Era has a rather "poignant" death for an iconic character.

The source revealed: "Those who have seen the scenes said they are so emotional. They really will leave fans in floods.

"It's heartbreak at Highclere Castle and there won't be a dry eye in cinemas."

In keeping with Downton's famously sumptuous style, fans can also expect plenty of dazzling glitz and glamour, some jazz and an opulent wedding.

Good to be back. #DowntonAbbey2 pic.twitter.com/uZ1DtaJBUY

Producer Gareth Neame - who worked as executive producer on the original TV series - previously revealed to The Hollywood Reporter they actually started working on the plot for a sequel not long after the first film was unveiled.

"It's the same as the first time around: We have to try to get everyone back together again. And that was very challenging," he told the publication.

"The challenge will be, is everyone available at the same time? Can we make deals with them? That will be the challenge."

Downton Abbey: A New Era will arrive in cinemas globally on March 18, 2022.