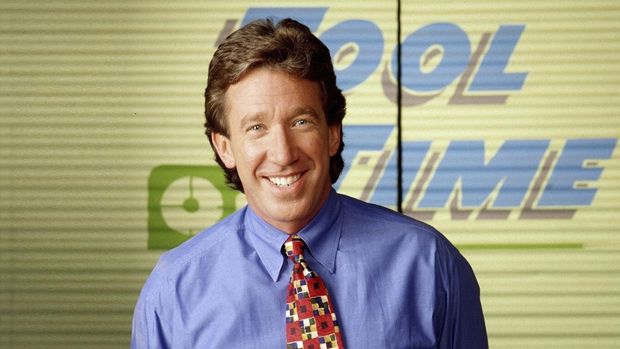 It has been 21 years since fans said goodbye to the loveable DIY guru Tim "The Tool Man" Taylor.

Last Man Standing focuses on Mike Baxter (Allen), a Colorado sporting goods chain executive who lives in a house full of women who constantly keep him on his toes.

Reviving the Taylor family patriarch and Tool Time host, Allen will play both sitcom dads at the same time for the ultimate crossover that few could have imagined actually happening.

Appearing in the upcoming episode 'Dual Time,' Taylor - complete with a tool belt and Binford Tools t-shirt - is hired as a home improvement repairman who cares an "uncanny resemblance" to Baxter.

While it's no Home Improvement revival, it sure is something!

Home Improvement ran for eight seasons, starting in 1991 and coming to an end in 1999.

Juxtaposed with his Last Man Standing counterpart, Allen's character and his wife Jill (Patricia Richardson) had to wrangle three rowdy boys, always with the help of their next-door neighbour Wilson, who famously appeared peering over the top of the fence.