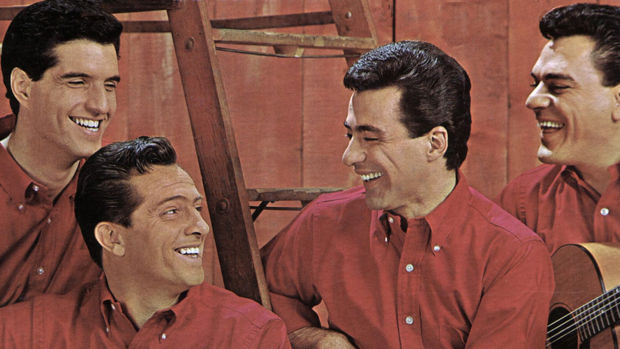 Tommy DeVito, who co-founded the Four Seasons, has passed away at the age of 92.

The baritone singer, who also played lead guitar with the New Jersey group, died on Monday in Las Vegas after being admitted to hospital with coronavirus.

His former bandmates Frankie Valli and Bob Gaudio took to social media to announce the news.

Writing on Facebook, the duo said: "It is with great sadness that we report that Tommy DeVito, a founding member of The Four Seasons, has passed.

"We send our love to his family during this most difficult time. He will be missed by all who loved him."

DeVito - along with Valli, Gaudio and Nick Massi - founded the Four Seasons in 1960.

DeVito quit the band in April 1970 saying he was tired of touring, but it later emerged that he had accrued significant gambling debts and an insurmountable tax bill that Valli and Gaudio absorbed in exchange for buying him out of the group.

Their story inspired the long-running Broadway musical Jersey Boys, which opened in 2005.

The show won a Tony award for best musical, a Grammy Award for best cast album, and was made into a feature film in 2014.

After quitting the group, DeVito worked as a card dealer in Las Vegas.