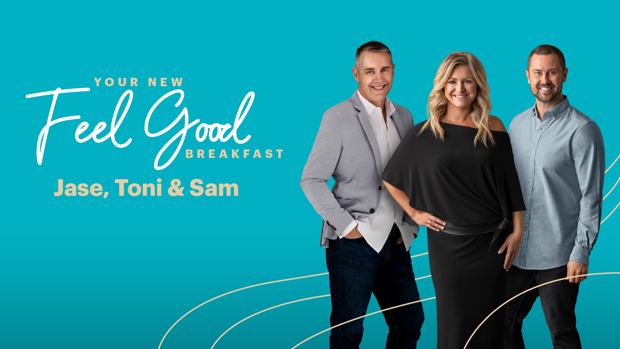 NZME's Chief Content Officer Mike McClung describes the approach to Coast's new format as simply doubling down on the best feel good tunes regardless of when they were released.

"From the 60s right through to last week - there are absolute stacks of great tracks to add to the Coast playlist. Think everything from The Temptations to Adele. Otis Redding to Ed Sheeran. Feel good tracks from acts like Queen, Fleetwood Mac and Elton John to name just a few."

New Coast Breakfast host Toni Street said: "It's an incredible opportunity to be part of Coast's evolution. Some great chat and a brilliant catalogue of tunes is the perfect way to start any day."

Co-host Sam Wallace added: "There’s just so much going on in the world right now and our job is to make sure Coast listeners get everything they need, including a soundtrack for their morning, the latest news and some great company!"

Jason Reeves, our existing Breakfast host for more than three years is looking forward to introducing Toni and Sam to the Coast breakfast audience.

"We've known each other for years but never had the chance to be on-air together. Prepping for the new show over the past few weeks has been seamless. I can't wait to get on air with these guys."

Welcome to the team Toni & Sam!