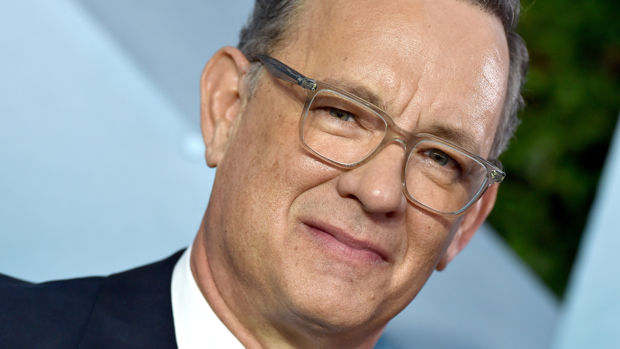 Production on Baz Luhrmann's upcoming Elvis Presley biopic has been suspended after Tom Hanks was diagnosed with coronavirus.

The 63-year-old actor and his wife Rita Wilson are currently self-isolating after they tested positive for the wide-spreading disease, which has meant work on the film - which also stars Austin Butler in the lead role of the King of Rock'n Roll, Maggie Gyllenhaal, Rufus Sewell and Olivia DeJonge - has stopped while he recovers.

Following the news, Warner Bros. released a statement saying: "We have been made aware that a company member from our Elvis feature film, which is currently in pre-production in The Gold Coast, Australia, has tested positive for COVID-19 (coronavirus).

"We are working closely with the appropriate Australian health agencies to identify and contact anyone who may have come in direct contact with the individual.

"The health and safety of our company members is always our top priority, and we are taking precautions to protect everyone who works on our productions around the world. The individual who tested positive for COVID-19 is currently receiving treatment."

READ MORE:
• Elvis Presley's granddaughter is all grown up - and she is absolutely beautiful!
• Coronavirus: Tom Hanks and his wife Rita Wilson test positive for coronavirus

It is not known if anyone else working on the film has been tested for the virus.

The film - which began filming in Queensland, Australia early this year - will document the iconic singer's rise to fame, as well as his complicated relationship with his longtime manager, Colonel Tom Parker, who will be portrayed by Hanks.

The project will mark Luhrmann’s first film since his 2013 adaptation of The Great Gatsby starring Leonardo DiCaprio.

The film is currently slated for release October 1, 2021.