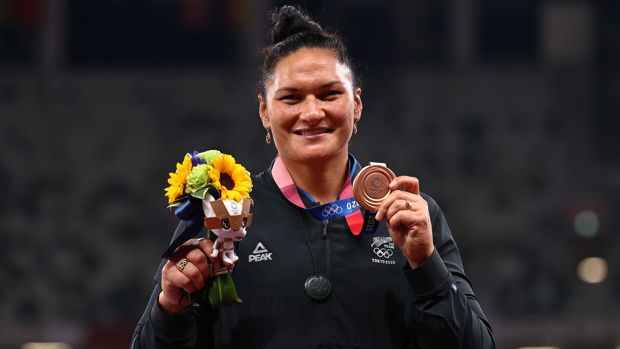 It's no secret Dame Valerie Adam's children are her biggest inspirations.

And the feeling is mutual for her son, Kapaleli.

Just like his mum winning the bronze medal in the women's shot put at the Tokyo Olympics last week, the two-year-old won his own medal at daycare.

Taking to Instagram, the 36-year-old shared an adorable snap of Kepaleli sitting proudly at the kitchen bench with his gold medal sitting around his neck.

The Kiwi shot put champion captioned the post: "How cute is Kepaleli?

"My little champion comes home from daycare with his own medal which just made my day."

Winning the bronze with a throw of 19.62m, Adams has now won a medal at four consecutive Olympics.

"From the last Olympics to these Olympics I've had two humans and these two children really inspire me. Throughout the competition I kept looking up to the stand and imagining them there."