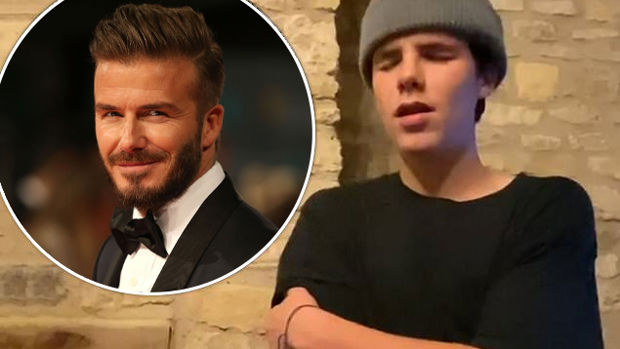 It seems the apple hasn't fallen far from the tree for Victoria Beckham's son Cruz Beckham.

The 15-year-old showcased his love of music as he belted out his own rendition of Sam Cooke's 1957 hit 'You Send Me'.

The teenager looked in his element as he closed his eyes and began to sing the song's opening lines, "Darling you send me, I know you send me."

However, after singing, "Honest you do, honest you do," Cruz was interrupted by his dad who belted out a melody off camera.

As Cruz broke into laughter, Victoria could be heard off-camera saying: "Oh my God! David!"

Taking to Instagram, the former Spice Girl shared the hilarious video much to the delight of the family's fans.

Alongside the video, the fashion designer wrote: "Singing like an angel then dad joins in. kisses @cruzbeckham @davidbeckham."