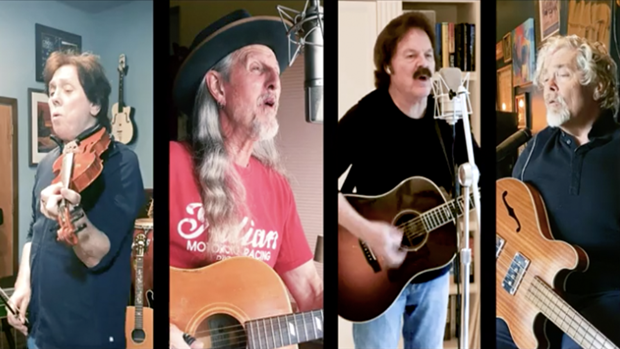 Rock and Roll legends the Doobie Brothers have performed an isolation rendition of their 1974 hit 'Black Water'.

Feeling for all those in isolation, the band wanted to "share something with others out there who are in isolation just like we are,” said lead singer and writer of the song, Patrick Simmons.

Talking to Rolling Stone, Simmons also extended his thanks to essential workers who have been at the forefront of the pandemic.

“Thanks to all the angels of mercy who have stepped up to lessen the impact that the Covid-19 virus has had on so many lives. We are partnering with Feeding America for our presentation, and would be thankful to anyone who could make a donation to help our neighbors in need during this crucial time.”

The Doobie Brothers are due to commence their 50 year Anniversary tour in June which will also feature Michael McDonald who hasn't been on the road with the band since 1995.

The Doobie Brothers are also scheduled to be inducted into the Rock and Roll Hall of Fame in November 2020.

Watch the video of the classic tune above!