The stack of sandwiches, cheese and crackers, fruit and a muesli bar looks inoffensive enough, but this photo of a builder's lunchbox has sparked a row online.

After his wife posted the image of the daily packed lunch she makes for her tradie husband, Facebook users were quick to pile on the woman's efforts - but not because of the contents of the meal.

Instead, the issue appeared to be with the fact that she was making his lunch in the first place. No one seemed to acknowledge her reasoning, which was that it was "cheaper, fresher and healthier" than the food he could buy at his work site.

Responses to the image, shared to the Budget Friendly Meals Australia Facebook group, included one woman asking: "Do we have to feed them during the day now too?"

The page's administrators stepped in to delete a string of comments for being too controversial and posted: "No more comments about whether you agree or disagree with packing your significant other's lunch for them.

"Each to their own, nobody is forcing you to pack (this woman's) husband's lunch. Move on if you don't agree with it."

Following the administrator's message, page members came forward to share their own lunch efforts for their significant others.

One woman shared that she makes her husband's lunch and writes sweet notes on the container lids each morning. 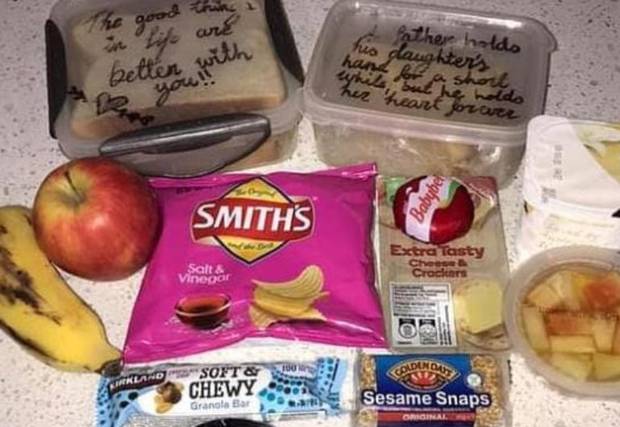 Another shared that her mother still makes her dad's lunch every day before sending him off to work in a coal mine.