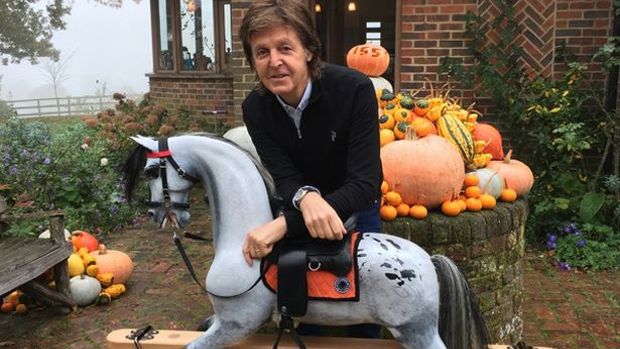 Sir Paul McCartney is flogging a specially-commissioned rocking horse - inscribed with Lucy In The Sky With Diamonds lyrics - to raise money for Alder Hey Hospital.

The former Beatle has modelled the wooden creation in the likeness of his own Appaloosa horse and signed it ‘rocking horse people eat marshmallow pies’ in homage to John Lennon’s trippy 1969 hit.

The toy, made by tradesman Stevenson Brothers, will go under hammer to raise money for the children’s hospital where Sir Paul believes his own mum briefly worked.

Bidding on the rocking horse, which also features an “additional surprise” hidden within a secret chamber inside the carved animal, starts later this month.