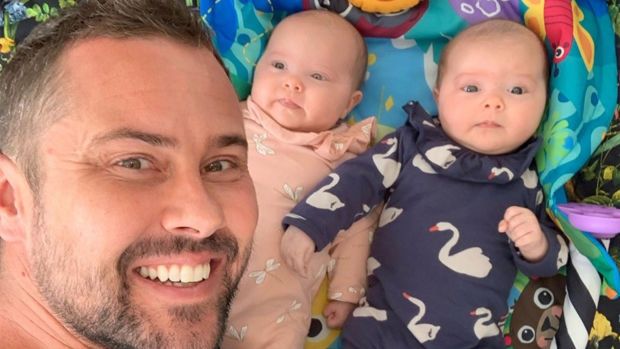 And they are absolutely thriving ...

This week, Sam shared with us an update on Sienna and Cosette (pronounced Koh-zett), revealing the sisters who were born weighing 2.1kg and 2.4kg are now both over 4kgs.

He said: "The only thing is, the only way we could tell them apart was that one was smaller than the other. Now it's really hard to work out which little baby your cuddling.

"But their personalities are really starting to shine through. They are both smiling loads which makes all the sleepless night worth it."

He continued: "Cosette is a super cruisy wee thing that loves to laugh, while Sienna is focussed, determined and a bit more serious."

We are loving watching the girls as they grow!