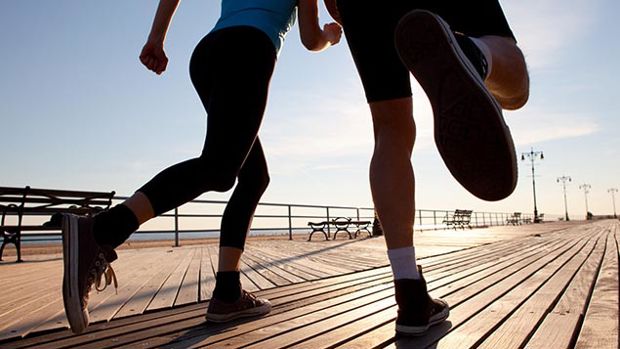 As we enter December, the temptation to forego the gym for end-of-year drinks and Christmas dinners is strong. If you need some added motivation to keep up the exercise regime at this time of year, two Australian experts have described exactly how two weeks of no exercise can affect your physical and emotional health.

Fitness
"When detraining starts to occur you see a decrease in cardio and respiratory fitness," the University of Newcastle's Professor David Luban told news.com.au. The more unfit you are, the quicker your fitness levels will decrease. "For people who haven't been doing very much exercise, if they stop for two weeks then they will go backwards quite quickly."

Weight
"When people are exercising regularly, they have more healthy food cravings. When people have an active lifestyle they don't crave fatty foods as much," said the University of Canberra's Dr Richard Keegan, an associate professor in sports and exercise psychology.

"It's not going to be enormous over that period," said Professor Luban, "but you might gain 2-3 kilos."

Sleep
Stopping exercising often makes it harder to get to sleep at night. "The first thing you would notice is not exercising would affect your sleep patterns and your irritability," said Professor Luban.

Happiness
One of the major benefits of exercise is not physical but mental. "[Exercise] can reduce most of the negative mental states and some symptoms of depression, anxiety," Dr Keegan said. If you stop exercising "you get a big dip in mood and you'll feel a bit flat, especially because you're not sleeping."

Professor Luban said the social and spiritual aspects of exercise were also important. "A lot of physical activity happens in a social context now and it's not great to miss out on that," he said. "When you live in a built-up environment you get stimulus overload, but when you go running outdoors your body and brain unwind a bit and connect with nature."