Frank Sinatra, also known as Francis, Old Blue Eyes, The Chairman of the Board, or more usually, Mr Sinatra, passed away twenty-three years ago today.

He was not tall (five foot seven/171 cm) or particularly good looking. He did not possess the definitive voice of his generation or have a lot of his own hair; neither was he an "A-List" actor although he made more than sixty movies (including the original Ocean's 11 and From Here To Eternity).

What Frank Sinatra had was toughness, good connections and unshakeable self-belief. 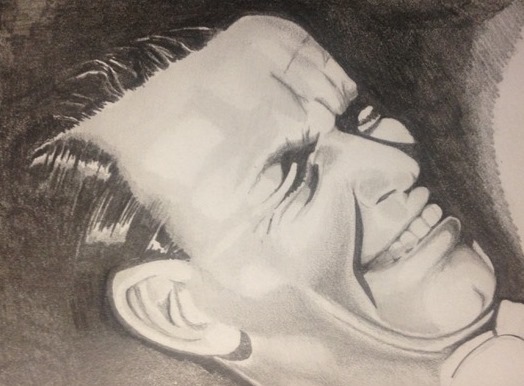 I thought the photo I took the drawing from showed Frank simply enjoying his success as if the whole thing had been a great joke.