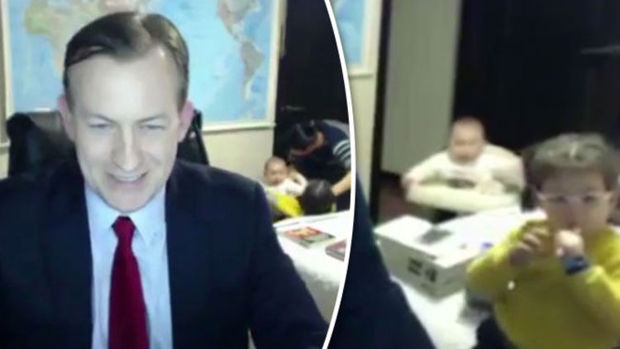 People have waited with bated breath to see an interview with South Korea expert, Robert E Kelly, but were left highly dissapointed.

In 2017, Professor Robert E Kelly became a viral sensation after his children burst into his office while he was delivering a very important report on South Korea.

It was easily one of the most iconic moments of the last decade and people haven't been quick to forget it and have been desperately hoping for a sequel.

When people learned that Kelly was on Sky News to talk about the deadly outbreak of the coronavirus in South Korea, they were hoping to see if his kids would make another appearance on our screens.

"A lot of people are going to change their behaviour."

Sadly it wasn't meant to be but it's pretty much all anyone could talk about, despite the fact that he was sharing some very crucial information on the virus, which has already had more than 900 confirmed cases in South Korea.

Never been more disappointed by a news report, and for reasons entirely separate from the story itself. https://t.co/vypwKSk5P0

This man could literally be warning about a virus that will kill off the populace and no one would be paying attention https://t.co/GPgBOEw9Ij

Unfortunately, the video will probably never be remade, but for now, sit back, relax and enjoy the original masterpiece!