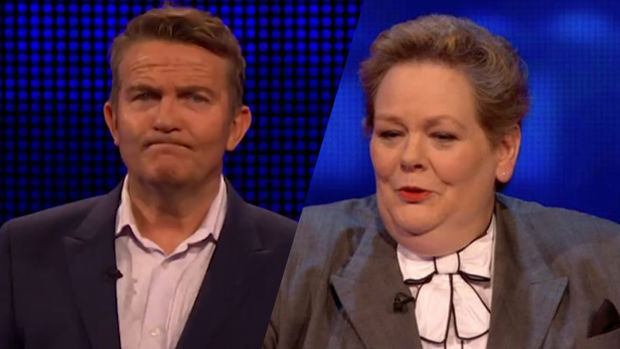 Anne Hegerty is known for her quick wit and ability to take Bradley Walsh by surprise on The Chase, and that is exactly what happened on a recent episode.

While the contestant, Rob, didn't manage to make it through the chase with Anne, his legacy is going to live on a lot longer than his screen time after this hilarious moment.

Take a look at it here:

"Yes I liked him, he was young and brave, and cute frankly," Anne said after Rob had left.

Taken aback by Anne's statement, Brad replied "WHAT? WHAT DID YOU SAY" with a baffled look face.

"I said he was cute!" Anne responded.

Brad shot back with "GET A GRIP!"

You're too good Anne!