The people of Whanganui took to Facebook on Sunday after an individual was spotted at Pak'nSave Wanganui and Countdown Victoria Avenue dressed in what they called a "coronavirus kit".

The individual was seen wearing a white boiler suit and mask as he processed his groceries at the self-service machines at both supermarkets.

A member of Buy, Sell, Swap Wanganui posted a photo of the individual saying "could anyone be more prepared?" 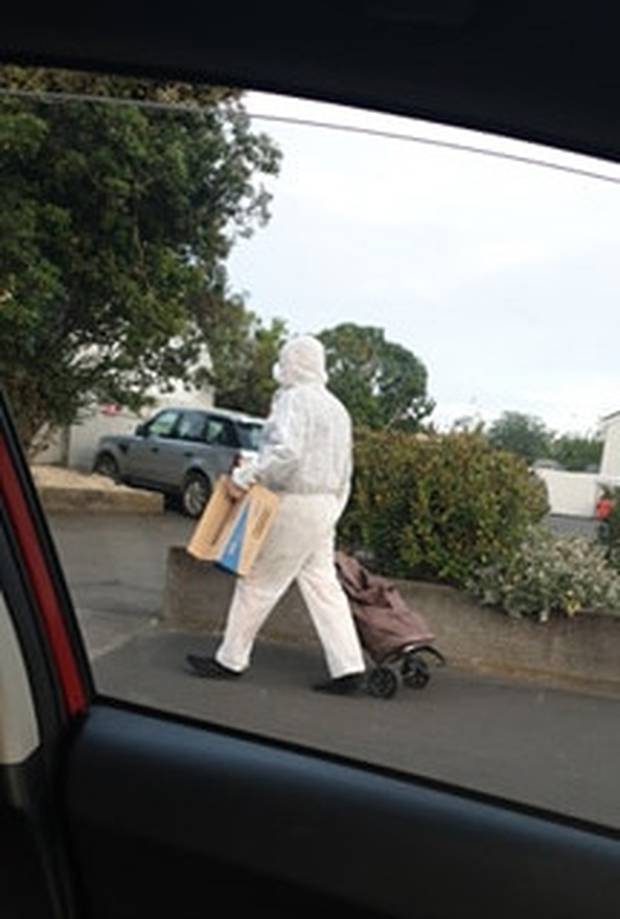 Some of the comments praised him, saying "Good on him, that's commitment", "he might have been overseas to a country affected and is just taking precautions" and "better to be safe than sorry".

However, others were quick to point out he was not wearing gloves with his suit and could still contract germs.

Carrie Sutton was at Countdown Victoria Avenue when she saw the person leaving as she and her son were walking through the main entrance.

"At first I thought maybe he was some sort of cleaning worker but then I saw him with his trolley bag and realised that probably wasn't the case."

She later saw the person walking down Glasgow St still in their suit and mask.

"I had to laugh though, as they had no gloves on."