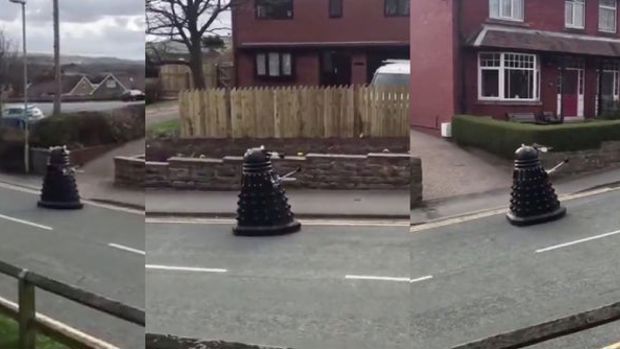 In the mid of isolation, we have seen a lot of new and strange things... celebrities singing, people dancing, a lot of isolation haircut fails. But no one could predict the latest viral isolation video. A Darlek roaming the streets of England. Yes. That is something that has actually happened and was captured by Twitter user Ben and at the time of writing has already been viewed more than 2 million times.

Things are getting pretty serious. pic.twitter.com/OLc6egO9V5

Needless to say, people found it hilarious and a very creative way to get people to stay inside! Others, however, found it terrifying!

Am I the only one to feel a genuine shiver of fear watching this? As a child I would most certainly have been hiding behind the sofa. And if a Cyberman came marching down the road, that would be it, I'd be running for my life! https://t.co/Azdb7DXOEV

It may be terrifying, but it's certainly very effective. If you saw that on the street, there's no way you would risk sneaking out of your bubble, out of fear you could be exterminated!