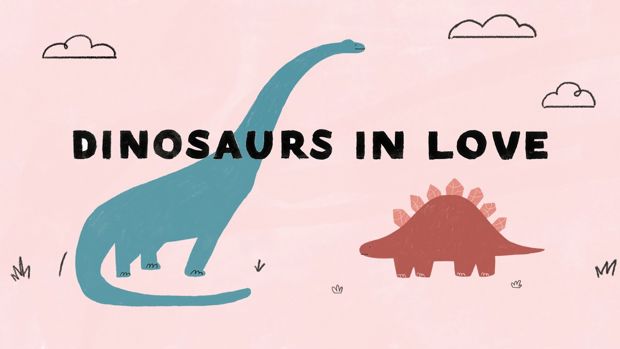 The song 'Dinosaurs in Love' is only a minute long, but what a minute it is.

The song fills you up and then brings you down in a dramatic rollercoaster of emotion. Composed and performed by nearly-four-year-old English girl Fenn Rosenthal, the song is about dinosaurs having a party, falling in love, and then dying.

It was shared on Twitter by her proud father Tom earlier this week and by Friday, it had amassed more than 5 million views.

Fenn, my nearly 4 year old daughter, recorded her first ever solo song today. She came up with all the words herself and I helped her a little bit with the tune. It’s called ‘Dinosaurs in Love’. 🦕❤️🦕 pic.twitter.com/erCgG0sUvP

"Aside from the cute factor, this song taps into something much deeper," said Toowoomba-based musician and educator Courtney Feldman, who is completing a PhD on improvisation in music.

"There's something about the rhythm and the way the melody is shaped and progresses that draws us in to hear more," she said.

The song is light and fun and the kind of song you would expect from a little girl singing about a dinosaur party. But it does not take long for things to get complicated.

"The voice gets softer and we learn there's more to the story, and it captures the listener to pay attention and think about what the broader concepts are."

What could easily have been dismissed as a childish song has now been played all over the world, on radio stations and on television.

This could be the beginning of a very promising music career for the young composer!