It's a common misconception that the popular toy brand 'Lego' is restricted to kids. Yet Lego is on a mission to bust that stereotype by releasing a Lego Lamborghini Sian kit recommended to those over the age of 18! The extreme creation features nearly 3700 pieces – roughly 1000 pieces more than its ground-breaking Porsche GT3 RS kit – and features not found in other sets. 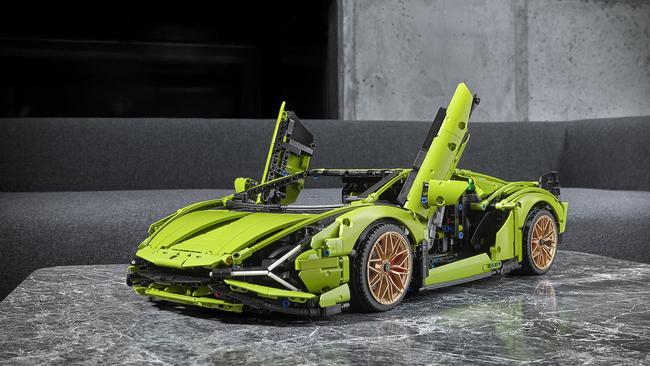 Based on Lamborghini’s Sian concept car built for the 2019 Frankfurt motor show, the model features a huge V12 engine with four-wheel-drive and a working eight-speed paddle-shift gearbox. Lambo’s trademark scissor doors are faithfully represented, as are the show car’s intricate gold wheels and sharp green bodywork. It has active aerodynamics, opening storage spaces and a unique serial number allowing owners access to exclusive online content such as behind-the-scenes videos.

And it's not cheap! The little car costs $649.99 in New Zealand which seems a bit extortionate for a pile of plastic. But hey, at least its cheaper than the real thing!