One of the things we do every day without a second thought is put away all our kitchen utensils in the same place time and time again after they've been cleaned.

We throw cutlery in the drawer in the same order as if it doesn't matter at all. But it turns out it does. A lot.

The kiwi legend, known as 'How to Dad' has posted a simple picture of his cutlery drawer which has sparked an unexpected, and fairly ferocious, debate after claiming it was the correct and only way to get the job done.

The image looked fairly innocuous, showing the cutlery all put into its place, but it was the order in which he did it which saw tempers flare. 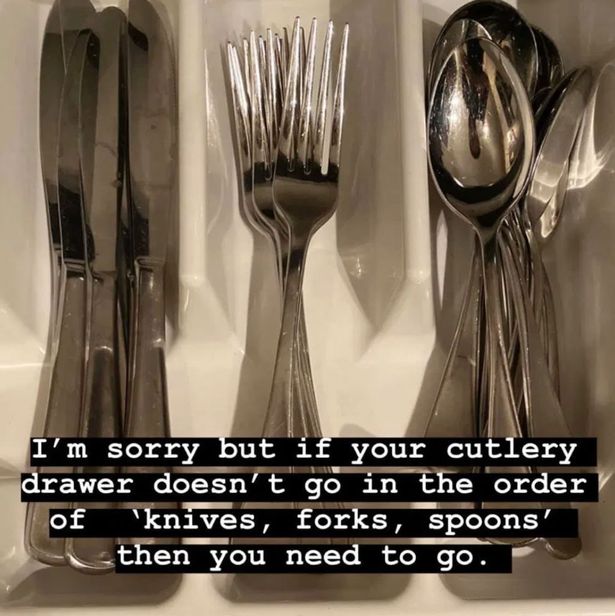 One snapped back: "Why would you put the knives on the left in the drawer when at the table you hold your knife with your RIGHT hand?"

A second echoed this tactic, replying: "Put the knife and fork in the drawer as you would lay them on the table... then spoons go to the side. Honestly, I despair for mankind. I had no idea so many people were getting this simple concept so wrong!"

One even argued that spoons should be placed in the middle - only to quickly be told they were a 'psychopath'.

It's a highly important and very relevant discussion. It's nice to know that in these incredibly trying times, the New Zealand public has got their priorities straight.