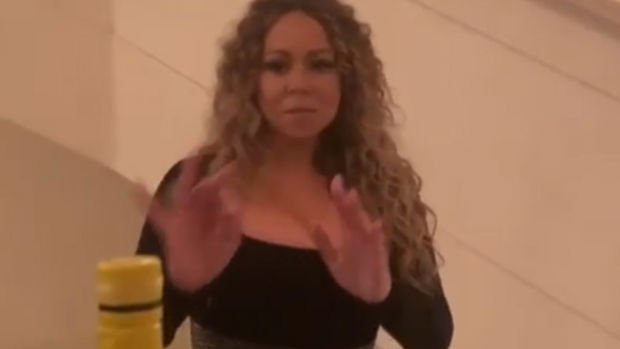 In case you're unaware, another "challenge" is sweeping the internet.

But while there doesn't seem to be any sort of charitable aspect to it, like the ice bucket challenge of 2014, it is AWESOME to watch!

The challenge involves kicking a bottle cap clean off a bottle.

However, Mariah Carey has done her own take on the challenge and instead of attempting to kick it, the pop star has sung the cap off the bottle.

Fans and fellow celebs, including ex-husband Nick Canon, Rita Ora and Jordan Sparks, are praising the singer for her hilarious "attempt."

And speaking of hilarious attempts, check out our very own JT giving it a go ...

How good is this from @jasonstatham? So good that it’s almost unbelievable! So swipe left to see our very own JT have a crack! 🥋