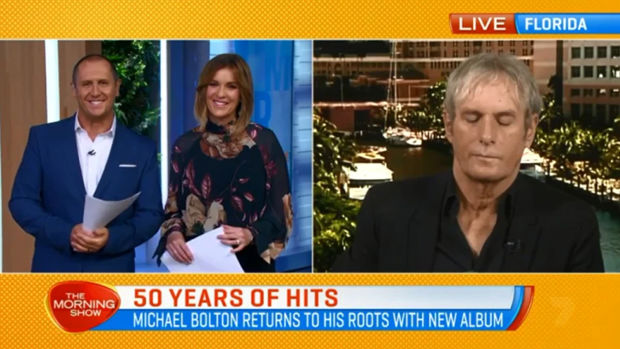 While appearing on Aussie's The Morning Show from Florida, his stream was plagued by technical difficulties, and when it finally worked, Michael wasn't quite ready.

Take a look at the hilarious video here:

It’s why I LOVE live tv. I can’t promise you gold like this again today but hot damn we’re going to try #it’sgonesilent #tms7 @morningshowon7 @kyliegillies

Michael has since tried to defend his actions during the interview by saying that he was Tweeting, not sleeping like everyone thinks.