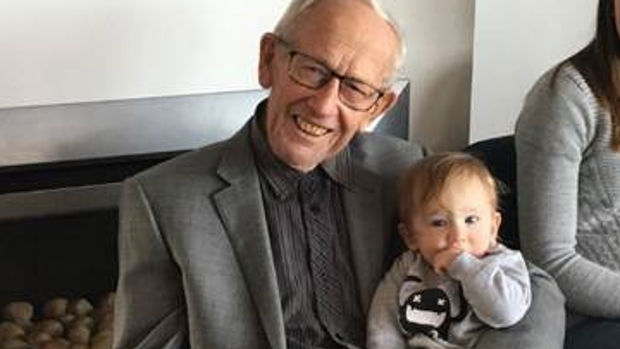 New Zealand has faced many epidemics but since the invention of vaccines, they've faded from living memory. But, of course, what we're going through has been survived before ...

It always came in summer. More frightening than measles or flu, the very whiff of a polio outbreak would shut schools and swimming pools. Young children would die or be crippled for life. Everyone was afraid.

Bob Macfie, 95, was born amid one such outbreak and lived through many more. But initially, as a schoolboy growing up in Oamaru, Macfie says he was largely oblivious to the panic that came with the epidemics. For him and the other kids, the closures were just a regular event, to be expected.

"You've got to understand it was a long time ago and I'm seeing it through youthful eyes," the 95-year-old says. "But as children, we weren't as aware."

Usually, he says, the epidemics came during the school holidays. The interruptions to the schooling year were less noticeable, therefore, as the summer break would just continue on to autumn.

"Young people were encouraged to get out and about and explore the countryside - which we were only too happy to do," Macfie told the Herald.

"As a secondary school student, we rode all around North Otago. There wasn't a spot we didn't find, a river we didn't swim in. We were out picking peas, picking spuds."

It wasn't that they weren't aware of the disease, Macfie said. They knew young people - boys and girls - who got it.

READ MORE:
• Kiwi builds interactive map showing all the cases of Covid-19 throughout New Zealand
• This is how long Covid-19 reportedly lives on clothes for

"I don't remember people dying but they must have done," he said. "It's just that they were different times. We didn't have the population then, we didn't have motorcars, telephones were just being installed. It went more… unnoticed."

All that changed when, after the war, Macfie's wife caught the disease - while carrying twins.

Macfie met Helen a few years earlier, during his time on Kyeburn station, in the Maniototo in Central Otago. She was the farm manager's daughter, sent to help in the kitchen after the cook - a drunk - had disappeared again.

"I was first in for a meal that lunchtime and the place was spotlessly clean, there was a lovely meal waiting and this lovely lady," he says. "I was favourably impressed."

As a new couple, the Macfies moved to a repatriation farm near Balclutha, South Otago, as part of the soldier settlement scheme funded by a Crown loan. They were lucky, but extremely poor, Macfie said. There was no electricity, no phone, no car for the first few years. But they got on, and had two children, with two more on the way.

And that's when the polio struck.

"It was in the middle of the night, and she was feverish, had a headache," Macfie said.

"The doctor came out. I still wonder about that because we were deep in the countryside, but he came out in his rattly old car. He took her temp and said, you're not boiling yet. So the ambulance came, and took her back down the rattly old road to Balclutha."

Helen was there for six weeks. The other children were sent away - one to a sister of Helen's, one to a neighbour. Macfie stayed, and worked on the farm, and went to visit his wife when he could.

She eventually grew well enough to come home - right in the middle of shearing. The twins were born safely a few weeks later, and two more children (including the former Listener journalist Rebecca Macfie) after that.

Helen gave birth to twins Chris and Paul shortly after having polio. This is in 1956, with siblings Belinda (left) and Charles (right). Photo / Macfie Family

"No idea at all. We were in the country, we had no money. We went to local events but not much," Macfie says. In some ways, he says, they were lucky. A neighbour got the virus in the previous epidemic in 1951 and had to be in an iron lung.

"That was an awful thing. People were terrified of being imprisoned in one."

The neighbour later died, her life shortened by the illness.

Data shows the epidemic - in which Helen succumbed - in 1956, was the last before New Zealand got the vaccine, and polio was eliminated.

Macfie is now living in a retirement village in Mosgiel. This week, like everyone else he's in isolation, missing his catch-ups with the "fellas down the hall" and his regular games of bowls. He grumbles a bit about his new-fangled phone that won't work, and whatever he's had for lunch.

And then he laughs and says, "I'll be okay, I have music and a book."

He says while there will undoubtedly be hardship caused by the pandemic, he knows from experience that people can get through tough times.

"I think we've never had anything like this before and will have far-reaching consequences," he says. "I look out on a different world. But I think in five years, ten years, we will come out of this."

He says after Helen fell sick, his family struggled. But eventually the farm began to prosper, and later they moved to a farm near Alexandra, with colonial-style house and a beautiful garden. They lived the happiest years of their lives there, their early battles just a memory.

"The thing about hardship is that you don't know it's hardship at the time. You're only aware of it in retrospect," Macfie says. "The day is another day and you do what you have to do to get through it."