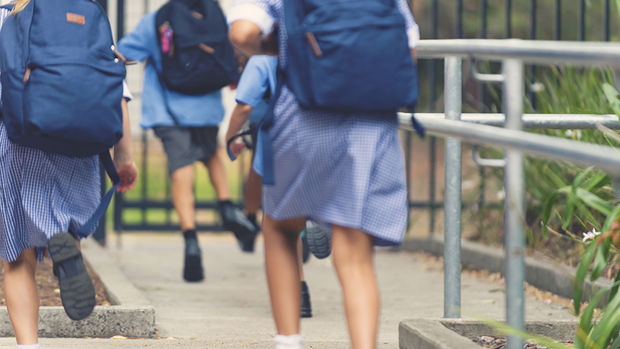 A North Carolina mother has shared her back-to-school routine woes when she made the hilarious mistake of not looking in her daughter's backpack before she headed off to school.

Thankfully in New Zealand, we've almost reached the end of the school year, but for American parents, they are just a few days into the back-to-school mayhem.

In particular, spare a thought for mum-of-three Tara Young, who shared a post detailing how her daughter ended up taking an X-rated product to school just three days into the new school year.

"It's the third day of school and I already had to go up there," she wrote on Facebook.

"My daughter asked [if she] can she pack some lotion in her bag and of course I said 'yeah go get the small travel size out my top drawer'. Instead of me checking to make sure she got the right thing I didn't [because] I was in rush."

Just 15 minutes after she dropped her daughter at school, Young was called by a teacher who was laughing hysterically on the phone.

"She asked did I know what she used to put on her legs," Young continued.

"I told her yeah it's Jergens lotion."

But the teacher told Young, "this ain't no lotion ma'am", which prompted the mother to rush to the school.

"I get to the damn school and see her all shiny so I'm thinking to myself 'why did she take the baby oil' ... the teacher pulled out what my daughter was putting on her legs and it was some damn KY [Jelly].

"Kids do the darndest things," commented one person.

Another wrote: "This. Is. Hysterical."

One parent shared some advice to others, saying: "She probably didn't pay attention either. Gotta separate the goodies and put them up."