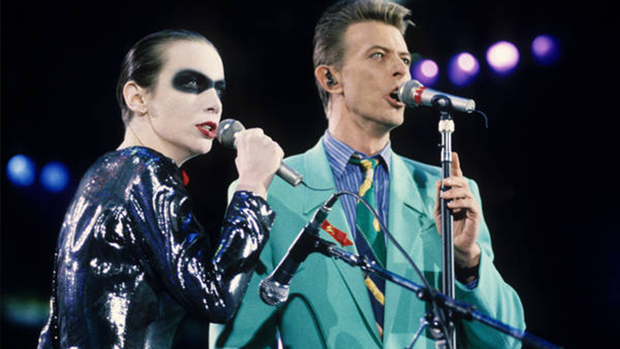 A video of Annie Lennox and David Bowie performing the QUeen hit 'Under Pressure' has resurfaced and the internet is going wild.

The two music legends took the stage alongside Queen band members Brian May, Roger Taylor, and John Deacon during the 1992 Freddie Mercury Concert for AIDS Awareness at Wembley Stadium, 1992.

Queen's original frontman Freddie Mercury had passed away in November the year before aged 45 due to complications from AIDS.

Lennox and Bowie's performance took place in front of 72,000 screaming fans, But it was when the instantly-recognisable tune of 'Under Pressure' began to play that the crowd really went wild.

The entire performance included an array of musical icons and friends of the late Mercury, including Elton John, George Michael, and Seal.

You can relive the epic moment below, and if you turn the speakers up loud enough, it'll feel as if you're right in the audience too!