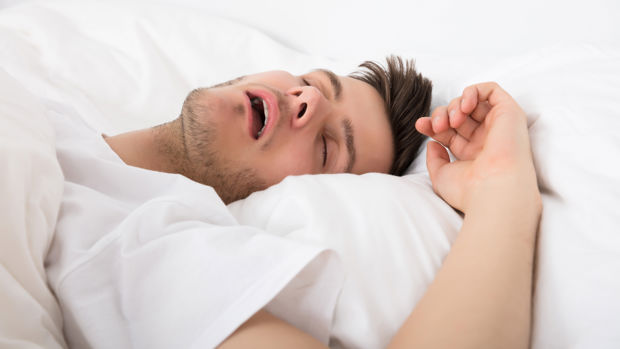 You've tried a warm bath, an audiobook and even counting sheep, but you're still lying wide awake wondering why you can't fall asleep.

Now, Blue singer Simon Webbe, acclaimed music producer Aubrey Whitfield and PlayOJO claim they have a way of getting you to slip into a slumber - and it doesn't involve prescription drugs or strange lighting.

Instead, it's using the sound of snoring.

Yes, you read that right ... snoring can apparently be soothing.

Called 'Snored to Sleep', the unusual one minute 40-second track aims to lull you into a deep slumber using the sound of crowd-sourced snoring with a slow melody, low frequencies and a rhythmic, repetitive bass - all of which have been linked to lowering heart and breath rates.

Scientific studies have shown that this can lead to reduced brain activity, creating the perfect environment for restful sleep, whilst also creating the paradoxical situation of snoring helping, rather than hindering, a good night’s kip.

READ MORE:
• Science has just found a pillowcase has more bacteria on it than a toilet!
• Apparently the song that was number one on your 14th birthday "defines your life" - find out yours here ...

Speaking about the song, Webbe said: "I never thought in a million years one of my snores would feature on a track, but it has!

"There's a first for everything! In all seriousness though, it's great that we can do something so positive with an issue that can cause health issues for some people - we're here to help, and maybe even reverse snoring from keeping people up to helping put them to sleep."