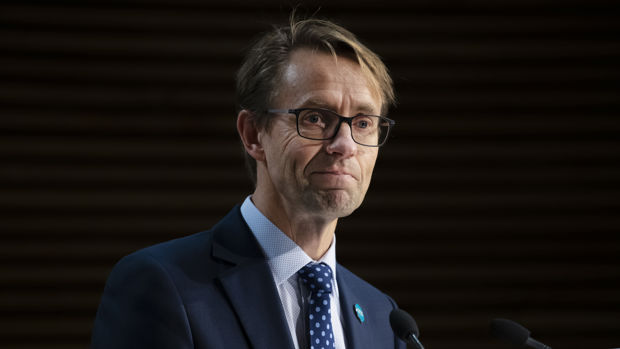 Everyone in New Zealand knows Ashley Bloomfield - the face of all official Covid-19 updates.

There is even an appreciation society group on Facebook named after the Director-General of Health.

So when the undeniably busy Bloomfield took the time to respond to a six-year-old boy's letter, the recipient, his teachers, and family were understandably "overwhelmed".

Omakere School, a primary school in the rural countryside, 25 km south-east of Waipawa, has 59 pupils.

One of them is Jack Taylor.

"We were doing letters as part of home learning, and students were taught formats, who to address them to, and how," Bell said.

"When he got a learning pack he decided to write a letter to the government, thanking them for the learning packs.

"Getting the learning pack was a great opportunity to use his new knowledge in context. He used the refill paper and pencil he got in his pack to write the letter."

'To government. Thank you for giving us some homework'.

Taylor's mother Jane said Jack would watch the updates from Bloomfield every day and thought it would be nice to write and thank them for the resources he had received.

Bloomfield's response arrived just in time for school re-opening and Taylor could not believe he had replied, said Bell.

"He kept saying 'is that really for me?' I said yes it has your name on it," she said.

"He said 'can I open it'? then I read it to him and his smile got bigger and bigger. My heart melts."

'Thank you very much for your letter and I am very pleased to hear you enjoyed getting some homework!

I hope you have enjoyed home schooling but I am sure you are looking forward to seeing your friends. Omakere looks an interesting place.

My father grew up on a farm at Ongaonga not too far away and I was born in Napier. So I love Hawke's Bay. Please say 'hi' to your family and friends. Take Care. Ashley Bloomfield.'