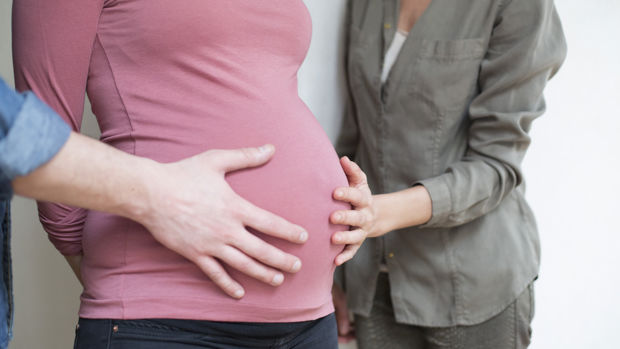 A couple has revealed that they paid for a surrogate to have their baby but now do not want to keep the child.

The husband took to Reddit to share his inner conflict and open up about how they decided to use a surrogate after three miscarriages and long-term infertility.

"We paid lots of money to a surrogate in order to have our own child together," he posted.

"The surrogate was a nice lady who took care of her body and we got along very well," he added.

"My wife and I were so excited the day she gave birth but once I saw the baby I knew that there was something wrong.

"The baby had Asian features, black hair and brown eyes when we are both white blonde folks with blue eyes.

"We immediately brought up the issue with the doctors and asked for a DNA test. I am not the father."

The clinic that handled the surrogacy offered financial compensation for the mix-up but the couple says that's not enough.

The man says the problem is that he knows that it is not their son.

READ MORE:
• Grandmother opens up about her decision to give birth to her own son's baby daughter
• Terminal mum sparks outrage after being told she can't take son out of school for family's last ever holiday

"We don't care about race, we are just upset that the baby wasn't both of us, if he was white and not mine we still would have been just as upset," he wrote.

"The surrogate was really heartbroken as well after we revealed what happened but can't afford to keep it as she already has five kids."

The man asked Reddit if he's wrong to want to take legal action against the clinic and not wanting to keep the child.

Reddit users seem to understand his conundrum but pointed out to the man that, while he may not be the father, his wife is still the mother.

"He wanted to have a baby that was equally his as it was his wife's. That's a reasonable statement. What isn't reasonable, is taking all of the considerable amount of money, time, and emotional investment he made over a long period and simply having an irrational visceral reaction to 'raising another man's baby,'" one person wrote.

"As a man, I would feel hurt. I would feel partially emasculated. But if this is something I wanted, and my wife wanted, I wouldn't waste the chance given to us simply because of the organisation's f*** up.

"I do hope they decide to care for the child," someone else wrote. "It's a life. And it's not their responsibility but it's weird because they did decide to bring the baby into the world."

"Genes don't matter that much. Get over it and learn to love the kid. If you can't do that, you are huge immense assholes for bringing this child into life and then ditching it," another Reddit user wrote.