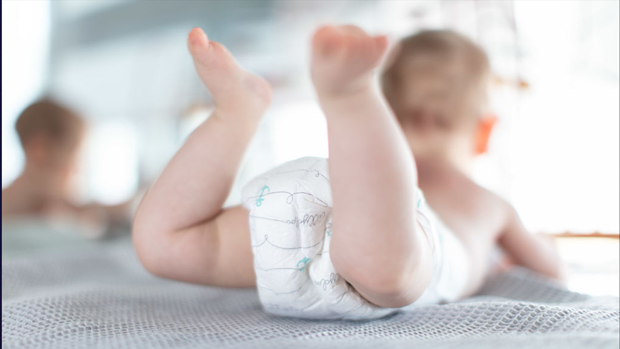 A new dad has gone viral with his genius (and hilarious) suggestion for nappy company Huggies, which could make parents more inclined to do 'the dirty work'.

In a message to a Huggies social media channel, the man suggested creating a line of nappies with sports trivia on the front to make things slightly more interesting.

"Given that newborns can't see that well and that nappies go under clothing, I wonder who is benefiting from the patterns and teddy bears on nappies? Because it's not mum and dad at 3am."

The man then goes on to suggest his genius idea, which we think could really work!

"I propose a line of nappies with sports trivia that maybe reveals answers when the nappy needs changing. Dads everywhere will be far more enthusiastic about late-night change..."

As of yet, there has been no reply from Huggies, however, the Facebook post has garnered nearly six thousand likes and over five thousand comments.