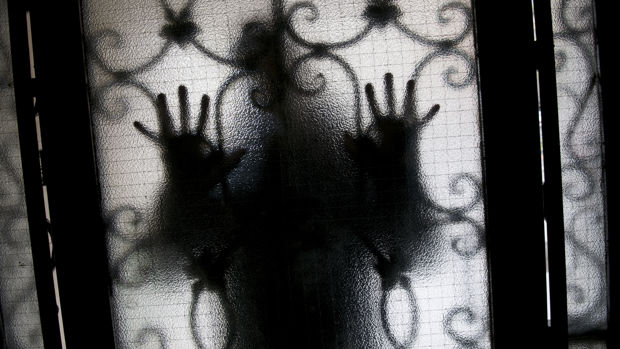 A reformed burglar - who once targeted homes in the early morning - has told the Herald what he believes is driving the sinister trend of door knock robbery attempts and how Kiwis can protect themselves.

Adrian Pritchard spent six years in jail for burglary offences he committed from his teens through to his early twenties and now works in the community, advising the public and private companies on how they can protect themselves.

He spoke to the Herald after they shared the terrifying experiences of North Shore residents who were targeted by door knocks early in the morning that they believe were robbery attempts.

"From my experience, that's the prime example where people either get raped, they hold the place up or they're sussing the joint out to see who's there."

"They might have figured out there's a male there so they've figured 'let's get out of here' but if she was by herself it might have turned out different."

And Pritchard blames the rise in methamphetamine use for the nature of the crimes.

Pritchard says there has been a disturbing change in criminal behaviour, warning of dire consequences if burglars were disturbed.

He also laid some of the blame at the foot of our justice system, saying: "A lot of it is methamphetamine but also the jail system. Back in my day I got 12 months for stabbing someone, you do six months and you're out."

Pritchard is particularly qualified to advise Kiwis on how to protect themselves from early morning robberies - he used to commit them.

"We used to knock on doors at 3 or 4 in the morning and we found out no one was there so we burgled the place," he said.

"We used to burgle people's place when they're still asleep, burgle their sheds, take their power tools, take their cars, take whatever."

"Or we used to see a laptop just sitting on the sitting room table so we used to just smash the window quickly because by the time they got up and got going you'd be gone."

Saying that it was "a lot easier for someone to open the door for a woman than some scruffy guy", Pritchard warns Kiwis to "never, ever open the door".

He said homeowners should "ring the cops straight away and let them deal with the situation".

Pritchard also believes a security light may not deter a would-be doorknocker but a surveillance camera would.

"I'm a strong believer in security cameras. Even if it's an artificial one, it still scares you. You think 'they've got me now'."

"That's my advice to people and it's so cheap to buy surveillance cameras."

"It's not about insurance on your stuff, it's about people entering your private premises, that's your home, that's where you should be feeling safe."

Advice from NZ Police mirrors much of what Pritchard says, with residents told not to open their doors to unexpected strangers.

Senior Constable Paul Donaldson, the acting sergeant at Glenfield Station, said: "If someone is knocking on your door at that time in the morning and you're not expecting it, try and see, without turning on the lights, who is at the door, without going to the door."

"Speak to them through a side window and say 'what do you want' and qualify their intent."

Donaldson advised anyone believing that a visitor had a genuine need to tell them to wait on the doorstep and call the police.

"Don't put yourself at any risk of going out there and getting involved in potentially a scheme that will see you a victim of their ill-intent," he said.