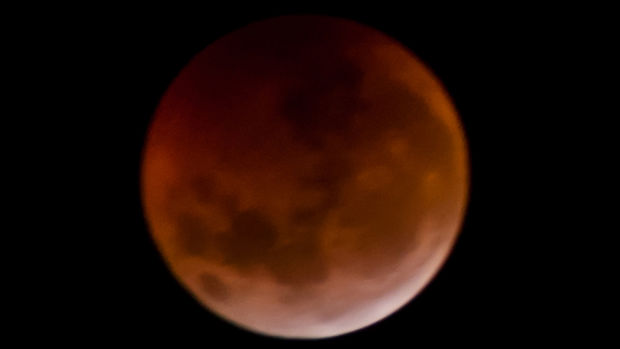 In the early hours of Wednesday (17 July) morning - if you're awake - take a moment to look up at the sky for the last partial lunar eclipse of this year.

Yes, we will be treated to a magical deep red blood moon which is half covered by the Earth's shadow, for around one hour and 30 minutes.

But while it's obviously a once in a lifetime event and a stunning photo opportunity, the Half-Blood Thunder Moon is also set to mess with our emotions.

Astrologers believe blood moons can affect sleep patterns and cause hormonal shifts, both of which can cause headaches.

READ MORE:
• Apparently this optical illusion reveals a lot about your personality based on what you see first ...

The lunar conditions can cause changes in serotonin levels, which is a chemical in our bodies that regulates mood, among other things.

Apparently, those with the star signs Cancer (June 21 – July 22) and Leo (July 23 – August 22) will be affected the most as the moon and Mercury retrograde are both taking over your sign.

All that aside, if you're wanting to watch the eclipse, these are times it will be happening over our shores ...