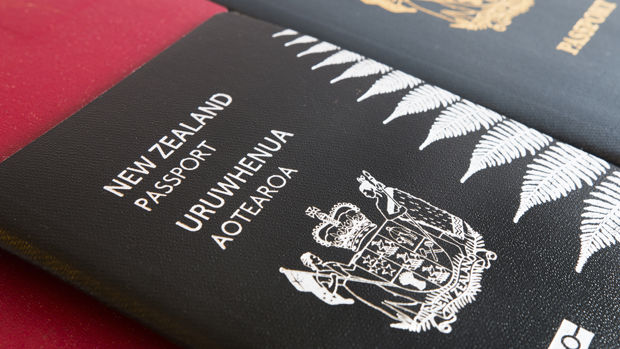 Have you ever been travelling and noticed everyone has different coloured passports?

And then wondered why the passports are different colours?

Well, maybe not. But we're here to answer that question for anyway because we find it so fascinating!

According to Hrant Boghossian, the vice president of marketing at financial advisory firm Arton Capital, which runs the Passport Index website, this is what the different colours mean ...

Blue Passports
A lot of countries use navy blue passports; including the United States, Canada, Australia, Hong Kong, many countries across Africa, Central and South America, and various island nations in the Pacific.

They may not all be the same shade of navy blue, but they all use some shade of the colour.

Red Passports
Red passports are very popular in Europe and Hrant says that there are two reasons for that.

He explained that "some could argue that the burgundy red is due to a past communist history" however, these days, a red passport signifies that a country is part of the European Union (EU).

Fun fact: Turkey changed its passports from black to burgundy in an attempt to join the EU.

"Most Islamic states use green passports because of the importance of the colour in their religion."

Green is believed to be the favourite colour of the Prophet Mohammed and is associated with paradise in The Koran.

Black Passports
You may have noticed that us Kiwis use a black passport and it turns out we are only one of a few countries in the world that does so.

New Zealand uses black on its passport as it is a colour of significance in our culture, as is silver.

The only other countries currently using black passports are the Palestinian Territories.

Hrant says the reason why so few countries use black passports is simply because of national preference and cultural significance.

"Governments around the world have the freedom to choose the colour and design.

"Unfortunately, only a few have understood the importance of this document on their country’s brand identity."

So we should feel very proud our passport is ahead of the times!