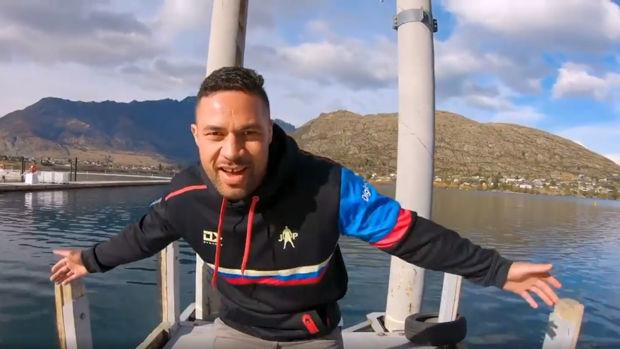 While the nationwide lockdown may be over, that isn't stopping New Zealand boxer Joseph Parker from busting out another fun musical number.

In the feel-good new video, Parker has taken on Dave Dobbyn and Herb's 1986 Kiwiana hit 'Slice of Heaven'.

New Zealand, you are a slice of Heaven ✈️🌊🎞🎥: #MagicMan @kerryrusselltv 🔥

For the music video - which was shared to Parker's Instagram - the 28-year-old takes his fans on a fun adventure as he travels from Auckland to Queenstown.

He then showcases Queenstown's vibrant and fun activities, such as bungy jumping and driving an off-road vehicle.

Alongside the video, Parker wrote: "New Zealand, you are a slice of Heaven."

And we couldn't agree more!

During the lockdown, Parker produced a string of clips, including his own rendition of Hugh Grant's dancing scene from the Love Actually movie and a lip-synch version of The Foundations' hit song 'Build Me Up Buttercup'.