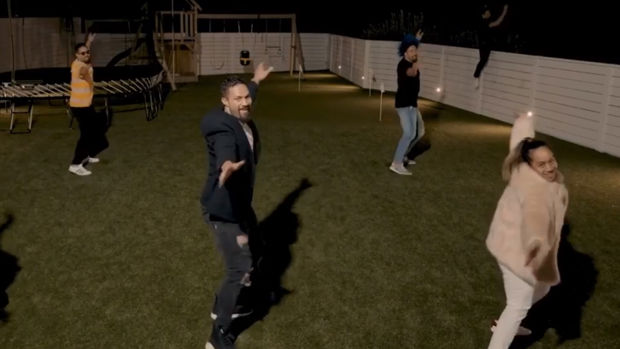 New Zealand boxer Joseph Parker is still doing his best to keep us all entertained during the nationwide lockdown.

Calling on his partner Laine Tavita and other stars from the sporting world, Parker recreated the iconic 'Time Warp' from 1975 movie The Rocky Horror Picture Show.

In the video - which was shared to Parker's Instagram - the 28-year-old appeared as Riff Raff, while Laine took on the role of Magenta.

The couple were then joined by friends virtually for the electric chorus, including Shaun Johnson and his partner Kayla, Ardie Savea, Tyson Fury, David Nyika, David Higgins, Eddie Hearn and more.

Alongside the video, Parker wrote: "Stuck in a time warp."

Over the past two weeks, Parker has produced a string of clips, including his own rendition of Hugh Grant's dancing scene from the Love Actually movie and a lip-synch version of The Foundations' hit song 'Build Me Up Buttercup'.