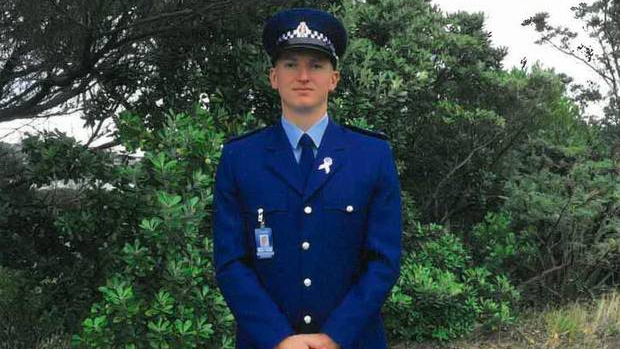 They've never met, but a colleague of officer Constable Matthew Hunt has written a poetic tribute to the 28-year-old who was shot dead on Friday.

Ben Heap penned a poem on Facebook in Hunt's name as his death brought home how it could have been him who was shot.

Hunt and another colleague were shot at during a routine traffic stop in Massey, Auckland on Friday. A member of the public was also injured after being hit by a vehicle as it allegedly fled the scene.

Heap wrote on his Facebook page how the news of Hunt's shooting had "rocked the entire country, like many I have reflected on this too".

"Being in the same line of work it hits home and generates that 'could have been me' thought.

"I don't turn to social media very often but I just feel I needed to share what I have written in reflection for a man who represents all of us in blue."

Heap said although he had never met Hunt, "my heart goes out to you and your family".

"One coward with such a gutless low blow has deprived you of many opportunities. So this is for you mate," he wrote.

'Our comrade who some had never met.

For your honourable service, we owe you our love and respect.

For we are too, apart of the thin blue line.

Doing our best to prevent victimisation and serious crime.

Heading off to work each day, each night.

We experience it all, the sounds, the smells, the sights.

Keeping our communities safe for your whanau and you.

Shot at, spat at, abused and beat.

All part of the job patrolling these streets.

But how is that fair, for those on the front line?

From those perpetrators committing the most heinous of crimes.

Heroes wear uniforms and ours is blue.

But remember when we take it off, we are just like you.

We are loved, we are people, we are not just cops.

We took an oath to be impartial and honest.

For the risks we take, the pay check is considerably modest.

The strain on us and our families you cannot ignore.

You see the brave face we put on each day.

That's because we enjoy keeping you safe.

Most love, some hate, but all have no right.

To take one of us out of the fight.

One is too many and to those who have fallen, we salute you all.

May you rest in peace, you've answered your last call.'