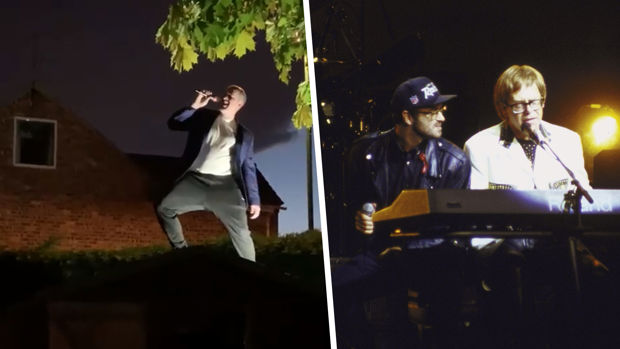 We may all be confined to our houses, but some creative folk from around the world aren't letting that stop them from brightening their community's spirits with a bit of entertainment.

Always from a safe social distance, people have been inspired to impersonate the late great Freddie Mercury.

However, one British man is changing things up and has become George Michael instead.

Treating his neighbours to the latest viral rooftop rock show, Daniel O'Riordan performed the 1991 power ballad 'Don't Let the Sun Go Down on Me'.

But that wasn't all.

READ MORE:
• Elton John performs 'Don’t Let the Sun Go Down On Me' during star-studded living room concert
• Elton John fans share concerns for the singer after One World: Together At Home performance

Halfway through the rousing performance, he introduces the legendary "Elton John" - AKA his wife Leanne - who carries on the song from behind a makeshift piano.