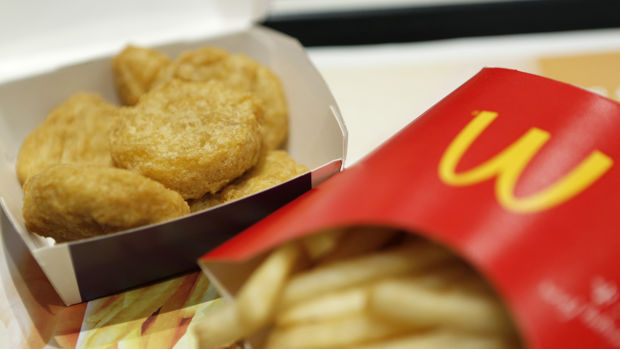 If you love chicken nuggets and you also love pies, we could have some good news for you ...

Australian foodie Jonathan Massaad often shares his tips and tricks for eating McDonald's on TikTok, previously attracting thousands of viewers with his hack on how to always get fresh fries.

But his latest suggestion has left followers horrified.

While Massaad has acknowledged it won't be for everyone - allow us to introduce you to a chicken McNuggets pie!

"Here's another Macca's hack that you may not like – order an apple pie and three McNuggets," he told followers in a video.

Massaad can then be seen dunking his chicken McNuggets pie in sweet and sour sauce before taking a bite, adding: "Honestly, that is the best way to eat your chicken nuggets, it's so crunchy … please try it.

"I have been doing this for a while now. I genuinely think it just adds something else to chicken nuggets."

However, viewers were not convinced the combination of apple pie crust and McNuggets was a winner.

"Don't ever do this again," one person wrote.

Would you give it a go?