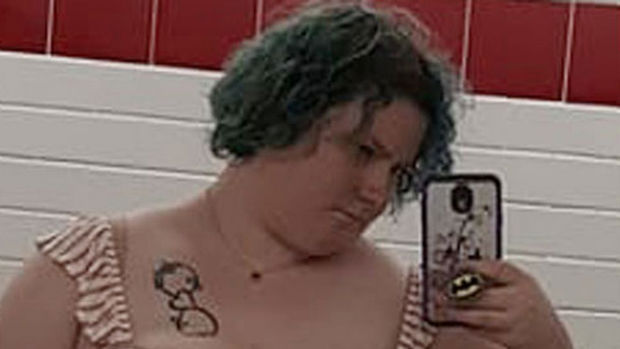 A mum celebrating her son's birthday at a restaurant with family and friends has claimed she was body-shamed when staff asked her to leave over her outfit.

Dressed in a crop and denim shorts, Sueretta Emke, from Pennsylvania was told by the manager of the Golden Corral buffet that another customer had made a complaint about her top.

According to The Sun, Emke was given an ultimatum: cover up or leave the restaurant.

Following the incident, she shared an image of her outfit on Facebook outing the chain and saying the only reason they targeted her was because she is "not thin".

"I was approached by a manager and told I was dressed 'too provocatively' and another customer had complained so I needed to put something else on or leave," she said.

"I explained that we drove an hour there I didn't just have clothes I could change into but he didn't care."

She shared that she felt discriminated against because it wasn't as though the restaurant had a dress code.

"They have no dress code and even if they did they just can't pick n choose (sic) who they are going to make up a dress code or enforce in on based on another customer complaint," she wrote.

"I have seen people in there wearing less and nothing is said to them but I really do believe something was said to me because I'm not thin so it's not considered sexy.

"How can you not have a dress code but then make one up for certain customers if another customer complains? That's not ok. It is discrimination."

Emke claimed the reaction came as a real blow to her self-confidence because it was the first day she'd had enough courage to wear a crop top.

"I've never owned a crop top before and I was nervous at first about wearing it but my husband loved the way it looked on me and encouraged me to wear it since I liked it so much," she shared.

"I really felt cute in it and now I never wanna wear that shirt again even though it was the first time I ever wore it and I felt good about myself in it."

The restaurant chain Golden Corral shared a statement saying they don't have "specific guidelines on attire".

What do you think? Was the top too provocative?