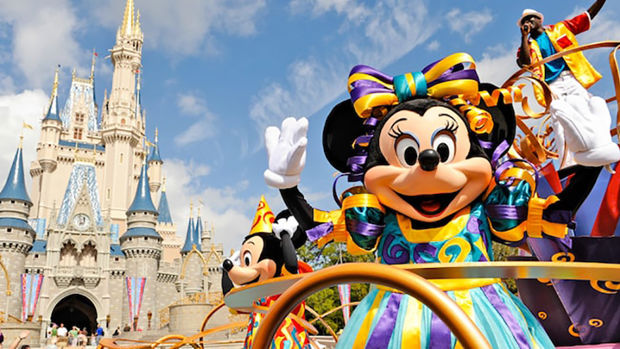 For as long as we can remember, Disneyland has strived to be the happiest place on Earth for people of all walks of life.

But one mum has left people outraged after she suggested childless couples be banned from the "family amusement park".

Taking to Facebook, the angry mother claimed "immature millennials" are ruining the park after her son was unable to get a Mickey Mouse pretzel he saw a childless woman eating because the line was too long.

Before claiming that millennials "have NO idea the JOY and HAPPINESS it is to MOTHERS WHO BUY THEIR BABIES TREATS AND TOYS," nor will they ever "EXPERIENCE THE EXHAUSTION THAT IT IS TO CHASE A 3-YEAR-OLD AROUND AND GETTING STARES AND ASSUMING I'M A BAD MOTHER."

She went on to blame her son's outburst on a millennial "in some very s***** shorts".

aren't Mickey and Minnie a childless couple tho https://t.co/AD885Yv1Pz

In the next line, she suggested that "mothers with children should be allowed to skip all the lines."

"YOU HAVE NO F****** IDEA WHAT IT'S LIKE TO STAND IN LINE FOR 3 HOURS WITH A CRANKY EXHAUSTED TODDLER," she continued to rant. "People without CHILDREN need to be BANNED."

To further add fuel to the fire, an article which was written by the New York Times agreed stating that it was weird to have Millenials in Disneyland as it is a place that should be enjoyed by children.

And Disney fans were not happy to read this, with many arguing that anyone should be welcome to enjoy "the most magical place on Earth."

"Sounds like she's resentful she's not having fun because she's too overwhelmed with toddler needs, and envious of unencumbered women (likely her own age) who are actually having fun. Sounds like she's the one who needs to grow up and stop blaming others for her own choices," wrote one woman.

"This sort of thing makes me so embarrassed to be a parent. I pray my kids get to be adults with enough resources to be childless in Disneyland if they choose," said another.

A third said: "Just because you decide to bring the exhaustion of a child into your life does not mean that I can’t eat pretzels at Disney World."

While someone else pointed out: "WALT’S WHOLE GOAL WAS TO MAKE THINGS THAT EVERYONE COULD ENJOY."

Before another asked: "Aren't Mickey and Minnie a childless couple though?"

Others also pointed out flaws in the mum's logic.

"She wants to ban childless visitors AND wants mothers with children to be able to skip the line? I don't think she thought that through," said one follower.

"Wait... If people without children are banned AND people WITH children get to skip the line, will this not simply create an equally-long line of people who are skipping the line?" questioned another.