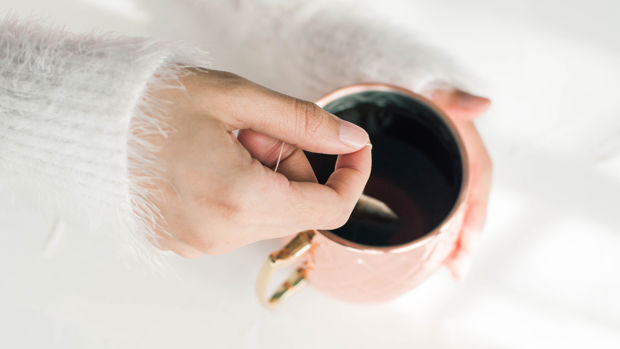 There's nothing Kiwis love more than a nice cup of tea.

But it turns out we've been making tea wrong our whole life. And you probably have too.

While watching Six60's documentary Till the Lights Go Out on TVNZ, the band's drummer Eli Paewai showed us how to make a cuppa - revealing what he had recently learned about that tag at the end of the teabag string.

"Found out the other day what this is for," the talented musician declared while holding the teabag tag in his fingers.

"You put it under the cup," laughed Paewai, as he tucked the small tag on the string under the base of his cup to keep it put.

He was right. It was the perfect length to be tucked underneath a mug and stayed put so much better than a classic handle wrap around.

Putting the tag under the cup also stops it from falling into your cup with the weight of the boiling water.

According to Monique Durrant from Bell Tea, tucking the tag under your cup is a great idea as long as the cup is "the correct height".

"The tag is there to avoid burnt fingers and alleviate the need for a spoon," she added.