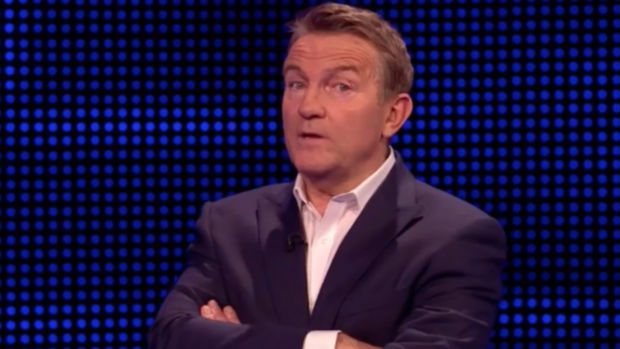 A daily dose of The Chase is exactly what the world needs right now ...

But a recent episode of the show had fans glued to their television screens even more so, thanks to one of the contestants.

As John faced off against chaser Paul "The Sinnerman' Sinha, viewers were left distracted by the 25-year-old biology student's good looks.

Flocking to Twitter, fans swooned over the contestant, with one gushing: "Not even focusing on John's questions, just admiring his beauty."

Another added: "Thank you to John for making self-isolation just that bit better."

"Well john is an absolute treat on the eyes," a third commented.

Bradley told the contestant: "I've got to say John, the girls in our office are now crammed around the television.

Everyone's looking at John thinking: "there's a man who could father my kids right now" #TheChase

"They said you're the most handsome contestant we've ever had on."

Before adding: "Just to tell you son, I used to look like you."