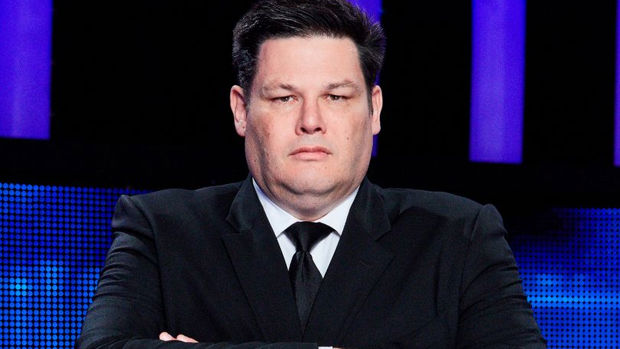 The Chase's Mark Labbett isn't called "The Beast" for nothing!

While he's usually the unstoppable quiz titan on the hit series, the 54-year-old chaser lost his cool after being defeated by contestants Michael, Trish and Terry, who won £60,000 in the final chase.

As host Bradley Walsh attempted to address the mistakes The Beast had made, the brainy quiz master got up from the Chasers table and stormed off set.

On his way out of the studio, he could also be seen hitting a wall.

Unable to keep a straight face, Bradley tells the camera: "Ouch. Just shows you how they take it ... they take it very badly."

Becoming a regular occurrence, Labbett had also lost his temper and smashed up the ITV show's set in September 2019 and February 2020.