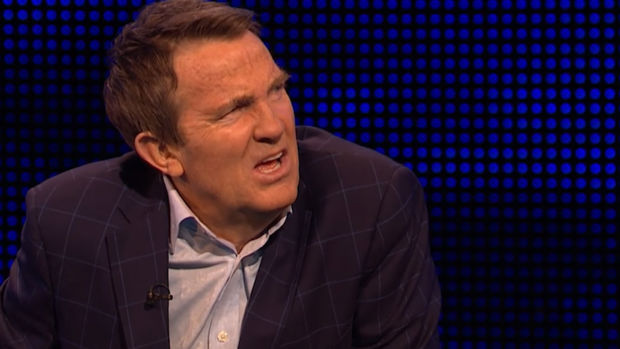 The Chase's Shaun Wallace is a man of many talents ... but it turns out impersonations aren't one of them.

During a recent episode of the much-loved quiz show, the Dark Destroyer left fans in hysterics when he decided to impersonate Gerry Rafferty's iconic saxophone riff from 'Baker Street' and Chewbacca.

The moment came after both the contestant and the Dark Destroyer correctly answered a question about the 1978 hit song, which led Shaun to showcase his saxophone impression.

Later on, contestant Libby revealed she had plans to spend any winnings on a trip to the Star Wars-themed Galaxy's Edge at Disney World.

When greeting her before their head-to-head round, Shaun asked her: "You're a Star Wars fan are you?" before launching into an awful impression of Chewbacca.

Baffled by the sound he made, Libby had to hilariously double-check it was meant to be Chewbacca.

Shaun explained he had been telling Libby "it's time to go" in the Wookiee language.

While a stunned Bradley Walsh joked: "What the heck? Sounded like you had piles."

Unfortunately, Libby went home empty-handed and won't be off to Disney World, so she'll have to make do with Shaun's Star Wars impersonations for the time being.