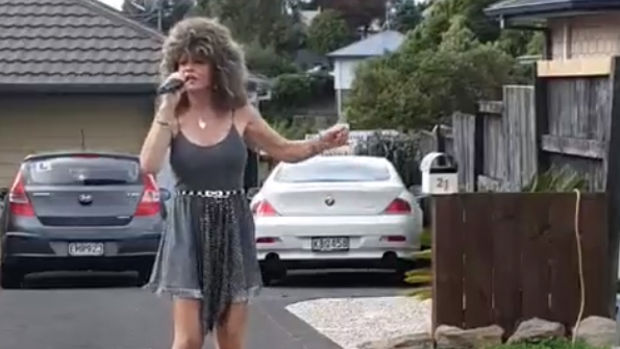 Tana Tapri from Welcome Bay has given her neighbours another epic show from the comfort of her Tauranga driveway.

Following the positive reception she had with her first driveway concert last week, Tana - who is part of a Tina Turner impersonation band that had to stop playing gigs when the lockdown came into effect - decided to brighten her community's spirits again.

Dressing in another Tina Turner outfit on Saturday, Tana could be heard belting out 'Simply the Best' and 'Proud Mary' on Osprey Dr and Kestrel Ave.

As neighbours set up deck chairs on their kerbs, the songstress also covered other hits including Kim Carnes' 'Bette Davis Eyes' and The Trammps' 'Disco Inferno' during the 40-minute set.

With her incredible vocals, Tana said she still wanted to give people the gift of music and bring them together within the rules of lockdown.